Tourism as a catalyst for regional regeneration & climate resilience 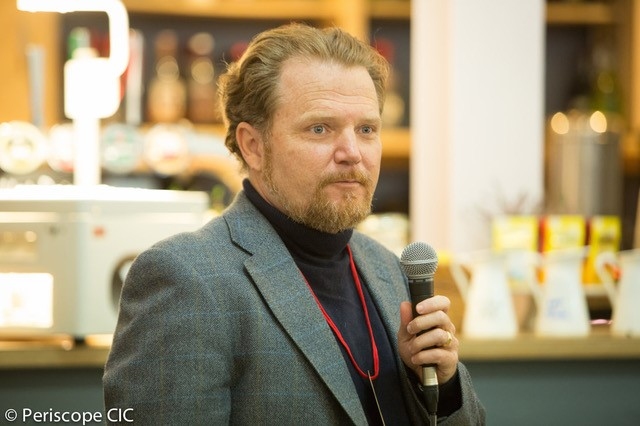 Daniel Christian Wahl is an international consultant and educator specialising in regional regeneration, biologically-inspired whole systems design, and transformative innovation. He is internationally recognised as a leading proponent and practitioner of regenerative bioregional development, for his work on place-sensitive SDG implementation, and for his contributions to the field of planetary health.

Dr. Wahl’s book ‘Designing Regenerative Cultures’ is not only one of the most comprehensive assessments of the challenges generated by “business as usual”, it also charts multiple pathways to a healthier, thriving future. In addition, Daniel Wahl shares his vision for healthier tourism, his deep understanding of natural systems and ways in which humans can work with these to generate thriving communities as well as robust, better-performing economies.

Humanity as passengers on a living spaceship

In his thought-provoking keynote during the Travel to Tomorrow summit, Daniel Wahl describes humanity as passengers on the living spaceship we call ‘Earth’. For years, we’ve been pumping CO2 and greenhouse gasses into the atmosphere and ignoring the fact that we deeply depend on all other lifeforms as well. And we’re now beginning to see the consequences of it all. It is precisely for this reason that we all need to understand our own responsibility, because time is running out to prevent irreversible cataclysmic climate change.

Tourism as a catalyst

How does tourism fit into the problem of climate change? Well, because we have already added so much damage to the system, sustainability—which means not adding any more damage—is no longer enough. According to Daniel Wahl, we must begin to restore: regenerating the systems, communities and ecosystems we live in. In his story, tourism has plenty of positive potential as an enabler of and catalyst for regional regeneration. He also explains how we need to transform tourism in such a way that it actually becomes an agent itself, a catalyst for positive change in places and regions.

Don’t have enough time but still inspired by Daniel Wahl’s vision of regional regeneration? You can read the booklet on his keynote speech in which the key takeaways are summarised in a creative way.

Excited to listen to Daniel Wahl’s complete vision of regional regeneration? You can watch his full keynote from the Travel to Tomorrow summit on the 12th and 13th of September 2019 in Bruges.