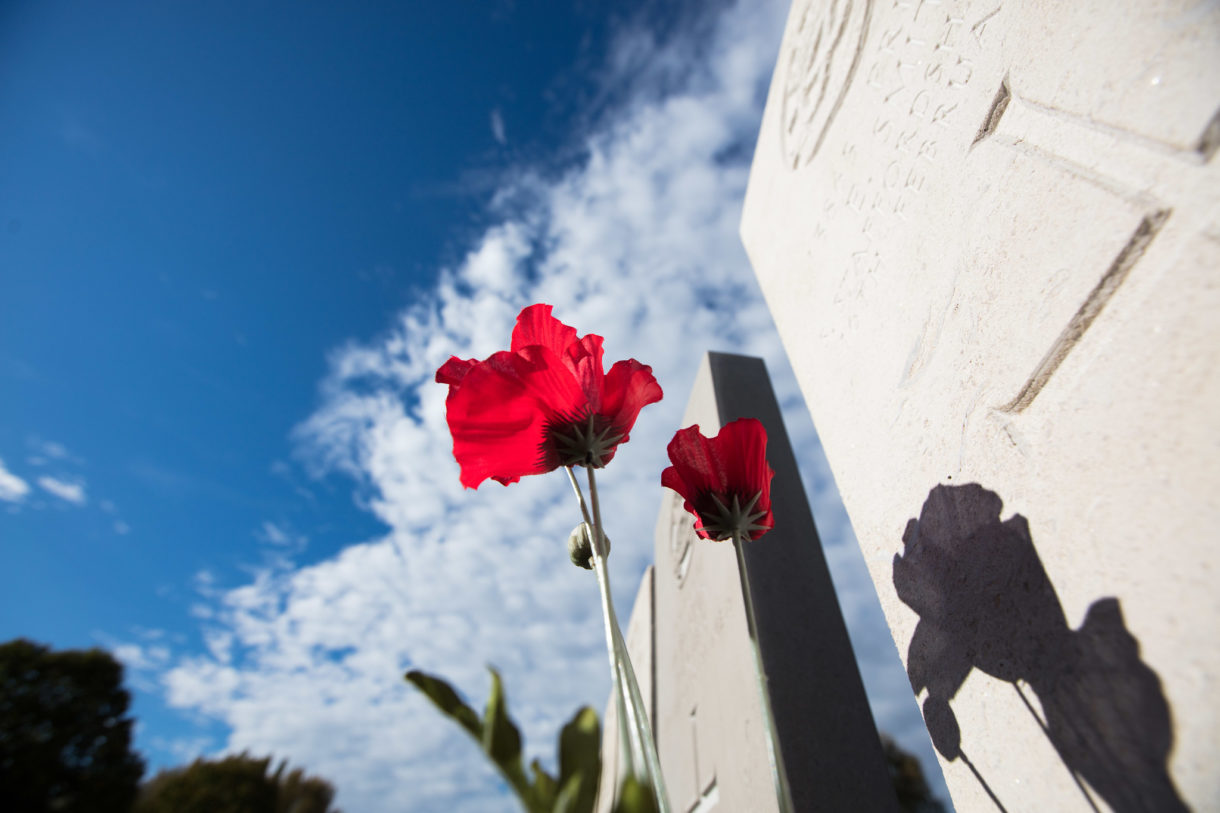 Remembrance tourism and the balance between visitors, the locals, local businesses and the government

Between 2014 and 2018, all of Flanders commemorated the centenary of the start of World War I, but the rest of the world was equally closely involved.

For centuries, people from around the world have been travelling to the Westhoek in Belgium to visit the many cemeteries, monuments and museums that bear witness to this dramatic past. During this centenary commemoration, the number of visitors to the Westhoek increased in leaps and bounds. This form of tourism has created an incredibly positive dynamic between the locals, local businesses, tourists and the government. The project demonstrated yet again why remembrance tourism is so unique and how an intensive preparation is one of the keys to its success.

Space for meaningfulness and reflection

While WWI tourism is one way of preserving heritage and war history, it should also allow for meaningfulness and reflection. We must approach the stories and heritage of World War I in an appropriate manner, continuing to share them in the right tone of voice. The Westtoer team therefore developed seven basic principles for the centenary commemoration of World War I. These were part of a larger framework for an ethical form of remembrance tourism, which is based on multiple perspectives. One of these seven basic principles, ‘good hospitality’, is a priority for them, but is also an intrinsic part of the Travelling to Tomorrow story. Good hospitality means having respect for your visitor. This is crucial and it manifests itself in a qualitative reception, substantive information and explanations at the various sites. In practice, this means, for example, that the visitor flows were dispersed as much as possible both in terms of time and location. As such, we as a community contribute to the serenity of a visit to this war heritage.

Connected by one and the same story

In 2020, the Westtoer team is working just as hard to organise countless activities to keep this chapter of our history alive. Ultimately, it bears remembering that this is a story that connects people from around the world with each other, and with our region. The municipalities and museums of the Westhoek are joining forces in the Feniks project. Thematic exhibitions and public events will zoom in on the story of the revival of the region, while cycling and hiking trails take visitors on a tour of the most remarkable reconstruction sites in the Westhoek. In short, the commemoration will ensure a lasting memory and preservation of war heritage for future generations on the one hand, while increasing tourism revenue on the other.