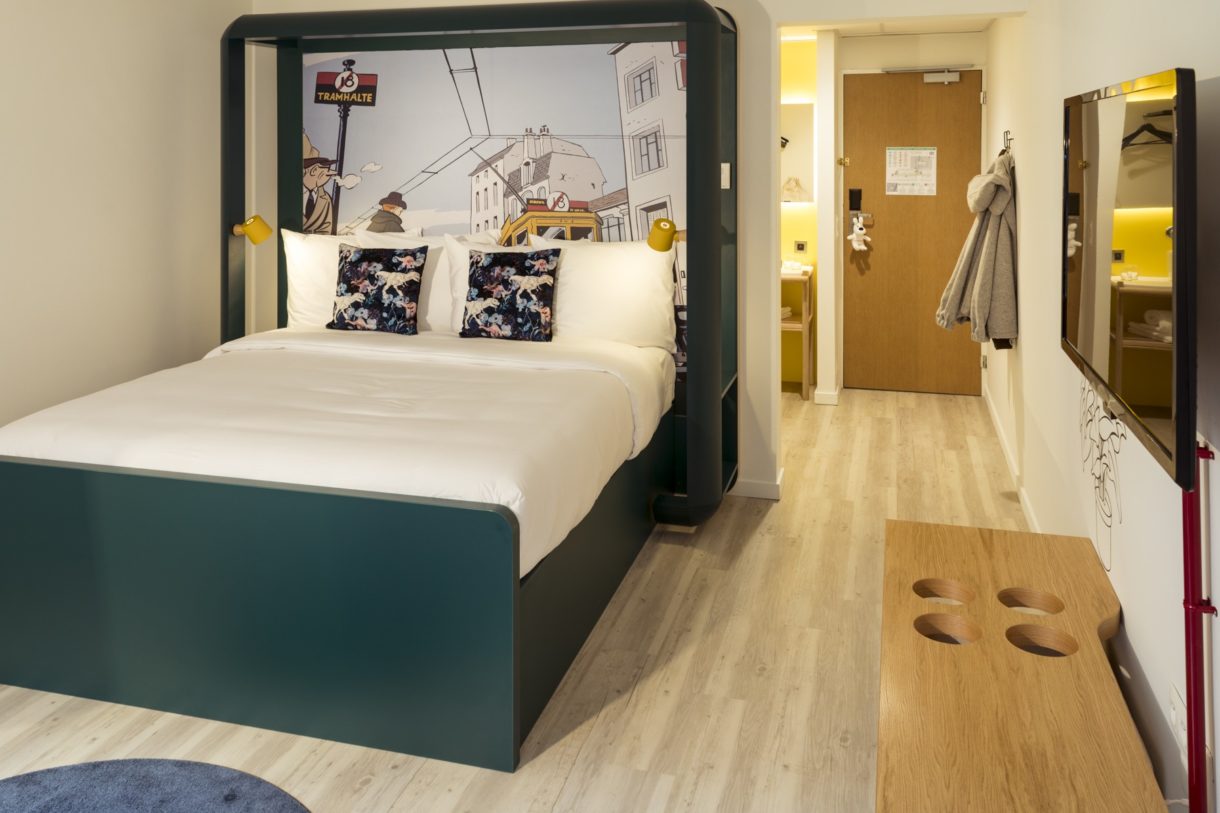 The ABCD of Qbic

Qbic hotels are more than just a place to sleep. They offer a complete experience. They are designed to be a place where guests feel at home and where they can mix with the locals. The chain already had one property in London and a franchise in Amsterdam. In November 2019, it opened another clever, cosy crashpad in the city centre of Brussels. The motto of this hotel chain, which was established in 2009, is “Everything deserves a second life”. Based on this premise, they went in search of an existing building for a rebranding for their first hotel in Belgium. The former Four Points by Sheraton Hotel, which is situated between the vibrant nightlife scene around Flagey and the high-end Avenue Louise, offered the perfect opportunity.

B… for ‘bewust’ or conscious in Dutch

Qbic really delivers on its promises, as the greenest hotel. Their #staygreen vision is apparent in everything they do, including using 100% green energy and environment-friendly toiletries, as well as the gym with its powerless equipment. Where possible, they rely on reusable packaging, source food items from local suppliers such as the chocolate maker Frédéric Blondeel and Dierendonck Butchers, as well as taking initiatives to reduce food waste. In that sense, they are doing even more than is required by the well-known Green Key certification, making their London hotel the most eco-friendly hotel in the city.

Qbic’s partnership with the local community is based on three principles. The ingredients for the restaurant and bar are sourced from local suppliers. “Doing our bit” is the second principle. Every Qbic hotel partners with a local charity. As part of this project, cameras are provided to the occupants of a local shelter. The photos they make are framed and sold in the hotel. This is a more original souvenir than chocolate or beer and the proceeds are returned to the organisation. The third principle, Neighbourly, asks neighbourhood residents to share their best local recipes, which are then added to the hotel’s menu. The idea is to publish a cookbook with local traditional recipes.

There is nothing conventional about the Qbic hotels. Each hotel has its own personality, with a creative, local touch. You’ll find works by local artists in the meeting rooms, lobby and its restaurant, Motley. All 148 rooms of the Brussels hotel also have a Qbi, a unit that contains all the technology to operate your entire hotel room from the comfort of your bed. This smart cocoon does not damage the walls and can be easily moved to be used elsewhere. Every Qbi in the Brussels hotel features a Belgian comic strip hero. Tintin or Nero will watch over you while you enjoy some sweet dreams.

This is an article from the brochure ‘10 inspirerende logies van de toekomst’.

Previous article: All Center Parcs parks in Europe are Green Key certified
Next article: How can meetings between residents and visitors contribute towards creating flourishing destinations?
Accommodation