In conversation with Sien Depoortere, founder of Toerisme voor Autisme (‘Tourism for Autism’) 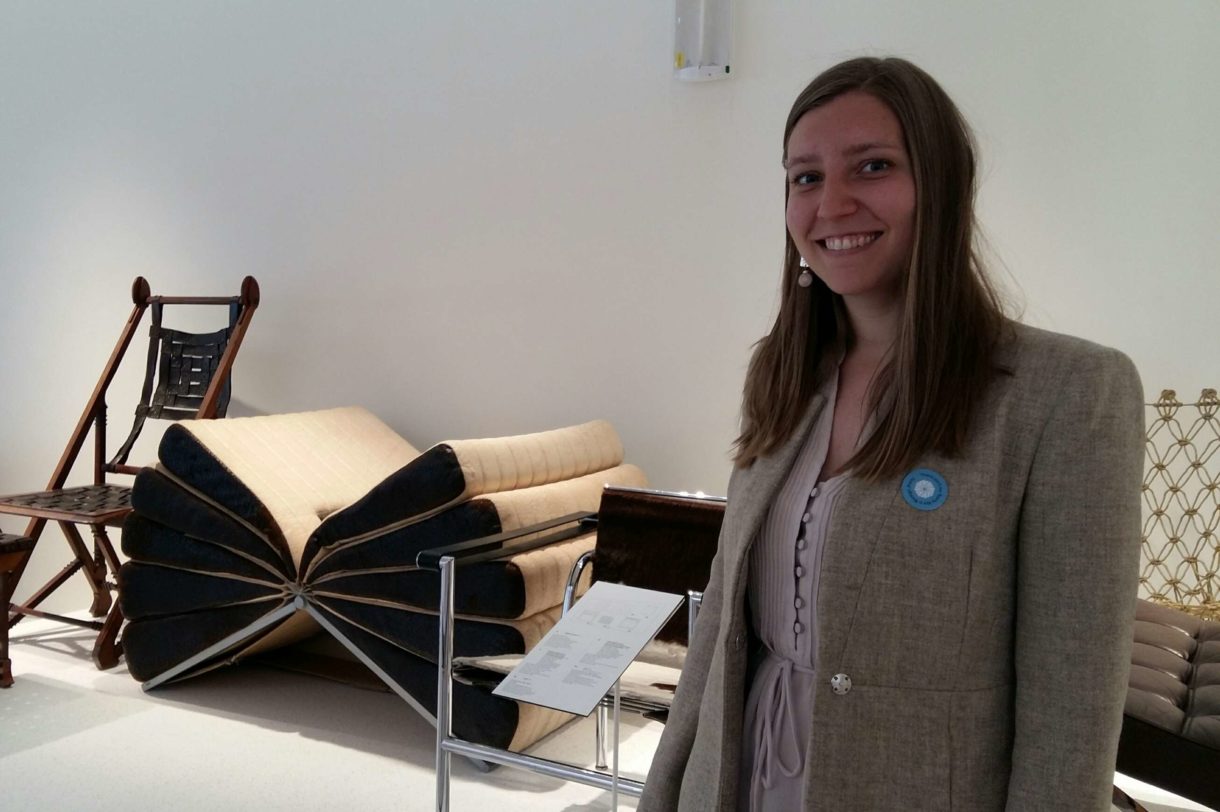 “I saw there was a strong need for an autism-friendly tourism offering. My thesis research brought me in contact with families with a child with autism and it quickly dawned on me how difficult it is for them to go on a day trip or to travel. I also saw a solution and decided to go ahead and make it happen!”

I’m sitting with Sien Depoortere, founder of Toerisme voor Autisme (‘Tourism for Autism’). Just a year ago, she graduated with a master’s degree in Tourism and Clinical Psychology. Since then, she has started a small business and was also nominated as a Social Innovator by the city of Ghent. With a soft but determined voice she tells her story.

A chair you’re not allowed to sit on

We arranged to meet at the Design Museum in Ghent. Sien is advising the museum team on how to make the location autism-friendly. It seems apt that she’s picked a place that centres on the design of objects and environments. “For people with autism, the design and organisation of a location is very important. Sounds, smells and shapes can sometimes be confrontational. Social agreements are not always clear. The idea that a chair can be an exhibit, and that you can sit on some chairs but not others is confusing.”

Sien creates a simple, visual step-by-step plan to make the visit to the museum more structured. The step-by-step plan lists the stimuli that visitors will encounter, so they can prepare themselves and, therefore, experience the visit as less stressful. Sien: “Autism-friendly doesn’t necessarily mean low-stimuli, but it must be predictable.”

Her main inspiration is from the United States. When the popular children’s television series Sesame Street introduced an autistic puppet, it made waves. Schoolchildren were able to learn to better understand the behaviour of their classmates with autism. The Sesame Park theme park in Pennsylvania made it its mission to become the first in the world to obtain the ‘Certified Autism Center’ certification. “What they’re doing is fantastic,” says Sien. “They have well-trained staff, attractions designed for children with autism, places to rest, extensive information on the website, autism-friendly days…I dream of achieving that in Flanders one day!”

Sien works intensively with people and autism, and their organisations. “If I’m stuck with a problem, they are the first people I contact,” she says.    Collaborating with tourism players is of great value to this young entrepreneur. “It’s great to be able to collaborate with people, such as the people in the Design Museum, who are open to advice and are doing their utmost to make improvements. Sometimes there’s some tension between the creative freedom of the designers and the needs of people with autism. But we always get there in the end.”

40 attractions and museums have already collaborated with Toerisme voor Autisme. I’m curious as to how she approaches these collaborations. How do you motivate tourism entrepreneurs, who have a business to run, to invest time and money in autism-friendliness?
Sien: “I receive many positive reactions from tourism businesses,” says Sien. “More and more entrepreneurs are not only interested in the financial aspect, but also aim to provide a better quality offering and improve their social and environmental impact. Of course, it’s certainly not the case that by making these changes you’ll see a spectacular increase in turnover each month.”

“The support I’ve had from VISITFLANDERS has certainly helped. The positive feedback from their accessibility expert encouraged me to take the leap. And VISITFLANDERS opened doors for me as a reference, because I found it intimidating to make the first connections.”

Sien was also supported by the Riebedebie Foundation. They included her project in their newsletter, which is sent out to attractions. She gained her first real project from the Province of Antwerp. Sien: “That was my launch! As a young, fledgling entrepreneur, you need a leg-up and you can always use a sounding board. I have also benefited greatly from De Startersfabriek in Ghent, a network of young entrepreneurs, and guidance from Durf Ondernemen.”

Sien doesn’t believe in providing a separate offering for people with disabilities. “Travel is about personal enrichment, but also about being with family and friends. This is why I’m against having separate tours or routes. But I am for developing an inclusive offering for as wide an audience as possible. This hugely increases the overall quality of the offering. I have often experienced that a suggestion for improvement that I made from an autism-friendly perspective, such as improvements to signage and orientation, has also been appreciated by the general public. For example, children without autism can also benefit from a quiet place to rest at an attraction.”

We need to increase understanding

Recently, she visited the Natural History Museum in Brussels with a family with a child with autism. They used the step-by-step plan that Sien has developed. Afterwards, they told her that their visit had been much less stressful than previous trips. It was the first time that they had not received any negative comments from other visitors or staff.

Sien: “People with autism sometimes have to deal with a huge lack of understanding. A child that is screaming on the floor could be a ‘bad’ child, but it could also be a child that is overstimulated. They often hear comments such as: ‘Let him spend a week with us, we’ll teach him to behave himself!’ I admire the strength of these parents. The way they fight for a place for their child. There is such a lack of knowledge about what autism means. There needs to be a shift in attitude. It’s so gratifying for me to be able to contribute to that!”

Sien Depoortere founded Toerisme voor Autisme one year ago. She works to make tourist attractions, museums and airports autism-friendly. She creates visual step-by-step plans for visitors with autism, advises site owners and gives training to staff. Through her work, she hopes to create greater understanding for people with autism and ensure that they can go on day trips and holidays just like everyone else.

Greet Vandenrijt loves to travel. Visiting an unfamiliar environment, immersing yourself in another language and culture, being active and looking at life from another perspective… For over 20 years, she’s worked at VISITFLANDERS to create a strong travel experience in Flanders and to make travel possible for everyone. As a storyweaver, she wants to demonstrate the power and impact of travel through the stories of travellers and holidaymakers.